The Ballinteer Active Retirement Association was founded on the 18th January 2005. It is now in its seventh year and going from strength to strength.

When I retired some years prior to 2005 there was no active retirement association in Ballinteer. I joined the Mount Merrion and Churchtown associations.

There was a conference held in the Carmelite Monastery in Ghort Mhuire on the 13th November 2004. Anyone who did any voluntary work in the parish of St. John the Evangelist was invited to attend. The aim of the conference was to help laiety to play a greater role in the life of the parish.

I remember we were divided into small groups for discussion purposes and we were asked to volunteer to do something for the good of the parish. I thought the time was opportune to set up a Ballinteer active retirement association. Many of the residents were then over 55. I volunteered to set up a branch of the active retirement association in the Ballinteer area. Iris Byrne and May O’ Donnell offered to help.

Following the conference I got in touch with the Federation of Active Retirement Associations as it was then named. They were very helpful and put me in touch with Seamus Walsh who is a development officer with FARA. He suggested that I organise an information meeting for a small number of people who we thought would be interested. The informal meeting was held in the conference room attached to the church. It was attended by about 14 people. Seamus was very informative and told us how to proceed and answered all our questions.

The next step was to hold a public meeting to discuss the formation of an Active Retirement Association. I got a poster made up advertising the meeting. The poster was displayed in most of the local shops and in the Church of St John the Evangelist, the Methodist Church and in the Taney Church of Ireland. It was also sent to Lifetimes and the Southside People.

I also got in touch with the Golden Age group and they said that they would send a representative to the meeting. The meeting took place in the conference room behind the Church of St John the Evangelist on Tuesday the 18th January. It was attended by Seamus Walsh and May Colbert, she was the Chairperson of the Eastern Region of FARA. Seamus chaired the meeting and invited a motion proposing the establishing of an association in Ballinteer. There was a large attendance of potential members present. The motion was proposed by Mena Lowe a member of the Rathfarnham Association and seconded by Peggy Crowley and passed. It was unanimously agreed that the name of the association would be Ballinteer Active Retirement Association (BARA).

We were advised that the affiliation fee payable to FARA was 1 Euro per member per year. For the initial affiliation 19 Euro was requested irrespective of the numbers. Insurance is arranged centrally by the federation at a cost of 2 Euro per member per year. Seamus stressed the importance of the public liability cover provided. He said that the Federation would pay the insurance for us until 31st March 2005 and that the Federation’s administrator would send a cover note to us to show the owners of the premises where we decide to locate our activities. The insurance year runs from 1st April to 31st March.

Seamus said that the membership subscription was a matter for decision by the incoming executive committee and obviously would be influenced by the amount payable for the premises used for regular activities. Other sources of income / assistance were discussed – including The Irish Sports Council, DunLaoghaire Rathdown County Council and the Department of Community, Rural and Gaeltacht affairs. We were informed that there are concessions to be obtained in theaters and cinemas e.g. the film center in Eustace Street has a free film for senior citizens on the last Wednesday of each month. May Colbert from FARA organises travel and she told us about a few pilgrimages booked for later in the year. 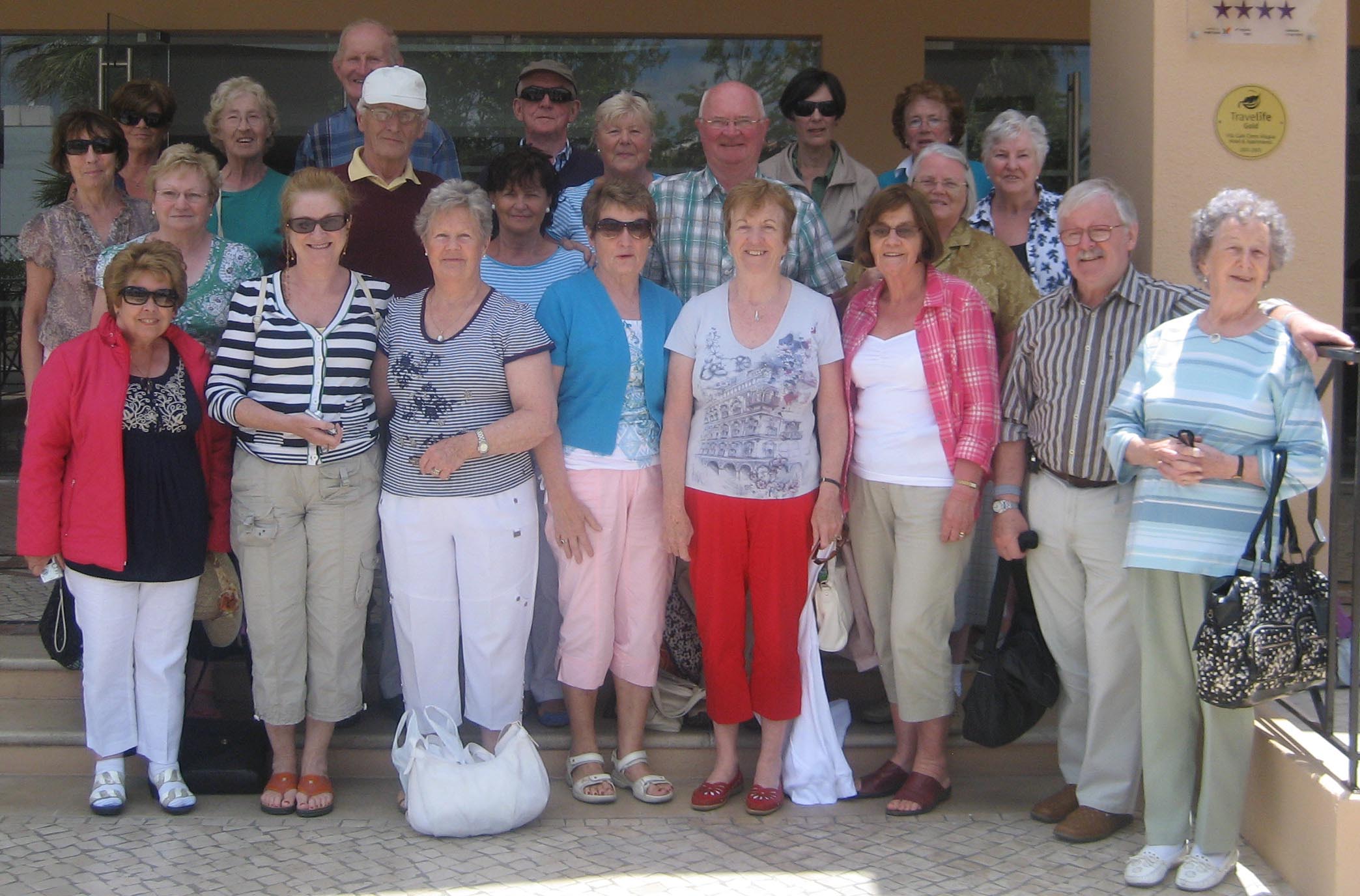 Iris Byrne then reported on possible venues for our weekly association activities. There were three suggestions: The conference room behind the Church of St John the Evangelist, St. John’s GAA Club and the Methodist Church Hall. It was left to the incoming executive committee to explore further and to make a decision in the matter. 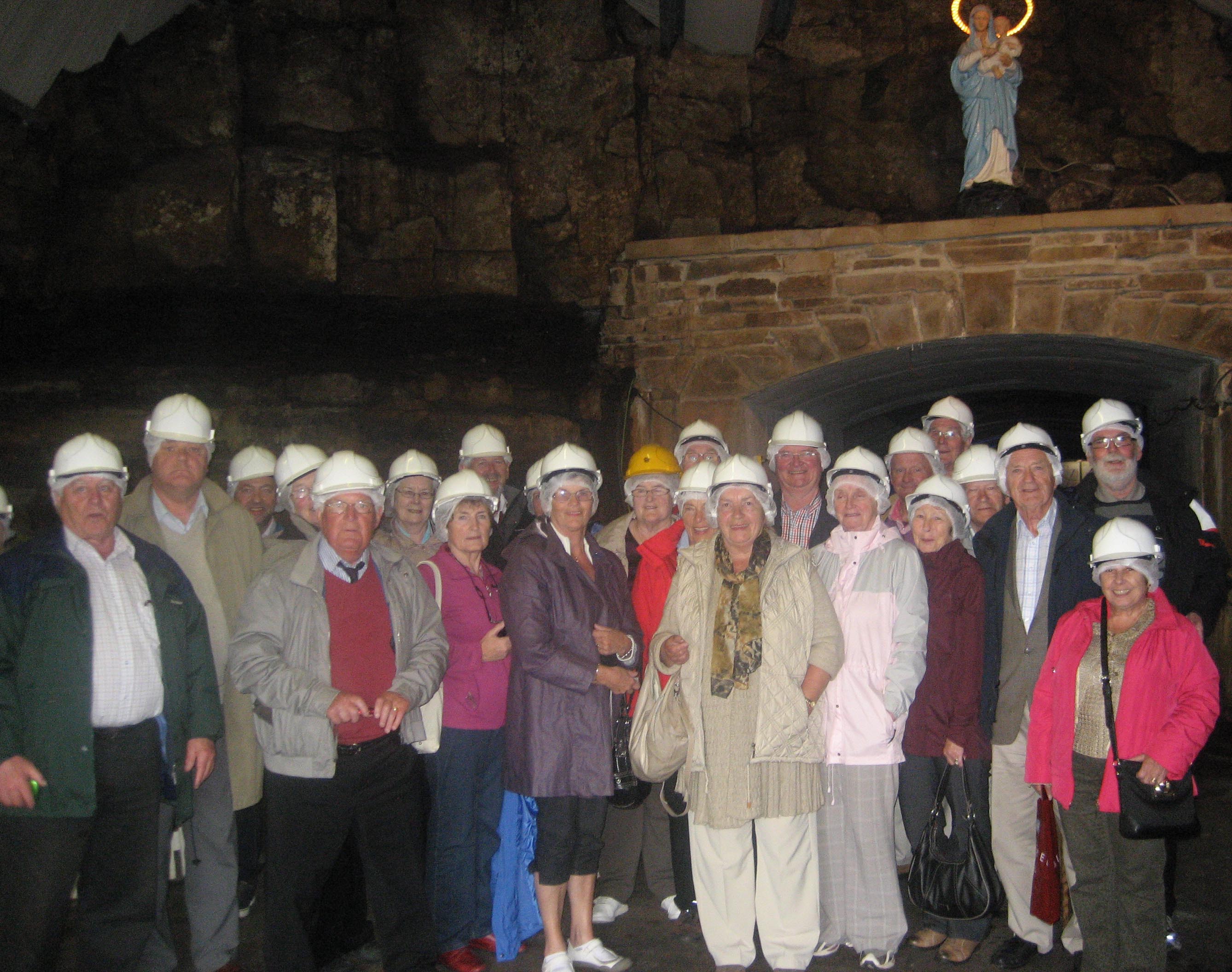 BARA at the Arigna Mines

At the beginning of the year our base was the conference room behind the Church of St John the Evangelist and it was there that the first meeting of the executive committee was held on the 25th January. When the conference room became unavailable due to the roofing of the church, Mr. Jim McMonagle the principal of the Boys’ National School kindly gave us the use of the school library on Wednesday mornings. Following negotiations by our Chairman we were very fortunate to get a new home at St John’s GAA Club. We have been there since Sept 2005.

The membership for the first year of BARA was 98.